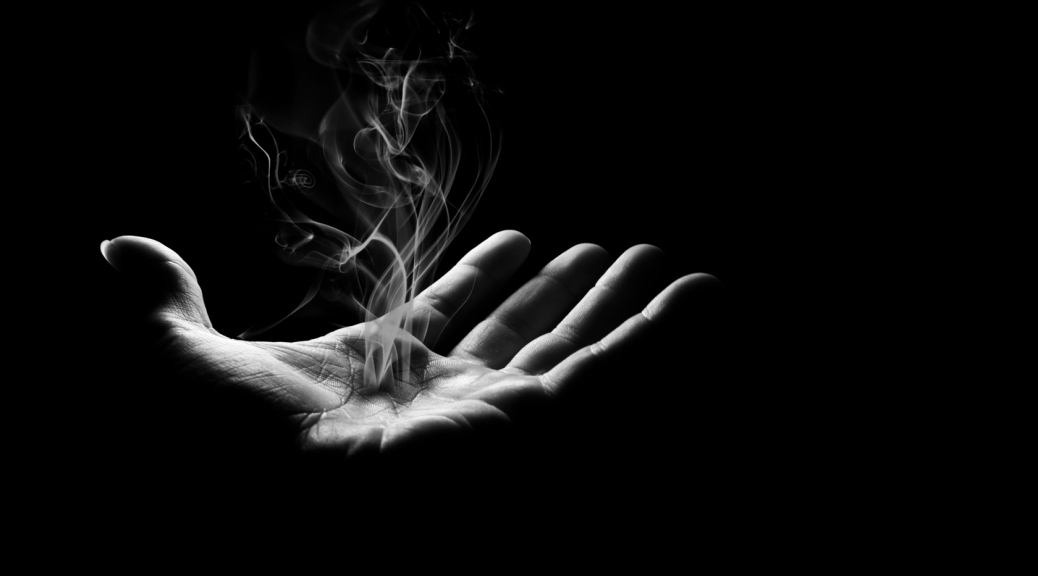 Sarah kneaded the knots out the back of her neck, stiff from another uncomfortable nights sleep on her son’s bedroom floor. Standing tall and stretching her tense muscles, she wondered what the time was. It was dark, so she assumed it must still be the middle of the night. Satisfied with the sound of her sons sleepful breathing, she couldn’t help but take a look at his angelic features; so peaceful in his slumber. Stumbling to the bathroom, bleary eyed, she was unable to ignore the fullness of her bladder any longer. She was sure she heard the grunt of her son as she sat on the toilet and she smiled knowing he was close by.

Determined to return to the comfort of her own bed and get some decent sleep, she went to check on him one last time. Safe in the knowledge her son was fast asleep, she glanced quickly at his bed. She did a double take and squinted through the dim light her eyes searched out the shape of her son. An empty bed stared back at her, duvet strewn back and the imprint of his body still warm on the crinkled sheets. She knew there was a good chance he had gone to get into Mummy and Daddy’s bed, so she went to check, surprised to find her husband alone and snoring heavily. Hhhmm, maybe he’s gone in the spare room? Again, her search returned unfruitful, with still no sign of him. Attempting to quash the panic she could feel mounting, she returned to the bathroom, thinking he may have snuck past her to use the toilet, but there were no signs of him there either. ‘John?’ her voiced echoed downstairs. She waited desperately for a response, but no sound came back. She could feel the adrenaline and fear course through her body, her head blurry from the rising panic, she tried to contain her thoughts which raced around her head, making it hard to focus.

She rushed into the bedroom and violently shook her husband until he stirred. Confused and half-conscious he took a moment to register her ramblings. ‘Hang on, I’ll go and check downstairs. He’s probably in the kitchen helping himself to treats,’ he suggested, as he dragged his tired body from the bed. Even before he returned, Sarah knew the trip downstairs would be to no avail. There were no signs of him anywhere, it was if he had just vanished. It doesn’t make sense. He was here just a moment ago. Thoughts of child abduction ran through her head, but she knew that it didn’t make sense. She saw him in his bed just seconds ago, there had not been a chance for someone to sneak him away unnoticed. Not knowing what to do, she conducted a futile search through cupboards, wardrobes and even drawers in the hope he was playing hide and seek, but all she found were the piles of folded clothes and stacked toys. About to pick up the phone, she noticed a strange dark shape in the corner of her son’s bedroom. What on earth is that? ‘Mark, I think you should come and see this.’ He rushed in, hopeful and then looked confused when only Sarah was stood alone, back to him, staring at the wall. ‘What is it?’

‘There’s something odd over there,’ she pointed to the wall.

Precariously they moved closer, wondering what the shape was. As they approached, the shape took the clear form of a black, empty circle. Unsure what to do, Sarah carefully reached out to touch it, her hand disappearing as it entered the hole. ‘What the hell?’ she remarked. ‘I have no idea!’ Mark responded. She reached down for one of the teddy bears laying on the floor and picking it up she hurled it towards the hole and it disappeared. They both looked at each other as realisation dawned. Hands raised at her sides and shoulders shrugged in uncertainty, she waited for someone to tell her what to do next.

This post was written for the Speakeasy Writing Challenge #150.

Exploring the self on a journey through Asia

This blog is about the journey to accomplishing running 100 marathons

...because the world is full of it.

Life in all of it's glory.

Humor at the Speed of Life

A Spy's Guide to Understanding & Influencing Others

Adventures of a feline afloat!

From Buffalo to the Bible Belt.

Not bad for a fat girl

My life in a snapshot

Part Time Writer of Science Fiction and Fantasy. Hopefully a blog for Stories, both Long and Short

My life, as Amelia Edwards once said, is the "satisfaction of a purposeless curiosity."