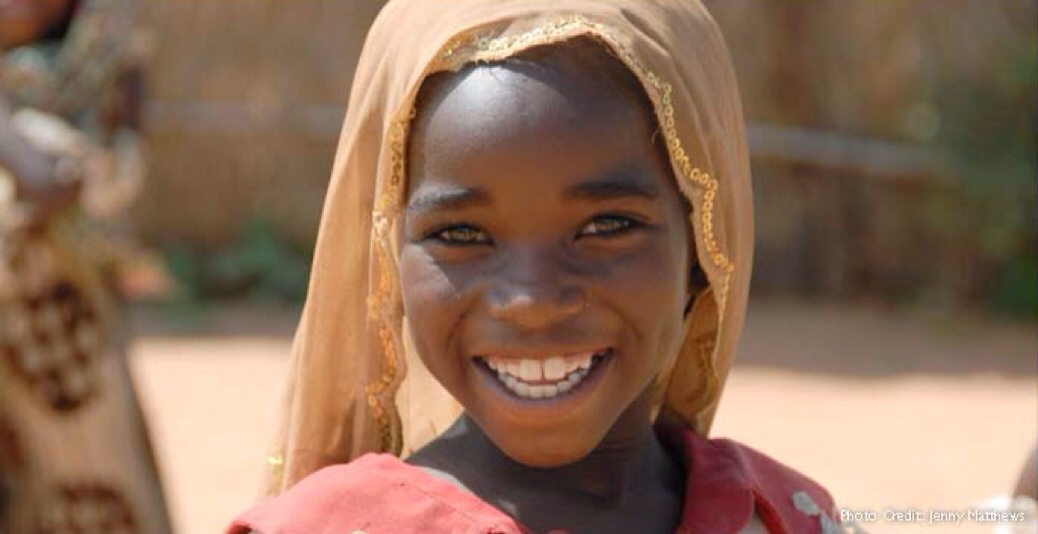 I am pleased to announce that we have a new addition to the family. Before you squeal in amazement; no, I have not been secretly pregnant for the last 9 months, nor have I adopted or fostered a child! What I have done, however, is something I have been interested in doing for a long time … I have sponsored a child. Fatoumata from Senegal is the little girl I am now sponsoring through World Vision, and I am really happy to be giving in a small way to help improve the lives of Fatoumata and the other children in her community.

It may seem like a small thing – which £20 a month is to me – but to children like Fatoumata these contributions can make a real difference. What I really like about the idea of sponsoring a child is the personal connection that comes with it. I’m not just throwing a donation into a pot of money with no idea where it’s going. I actually get to correspond and write with Fatoumata to hear first hand how the money has helped her. I think we take a lot for granted in this country – sure things aren’t perfect, but lets face it where is?! But if we look at other countries in the world; dealing with civil wars, political unrest, dictatorships, violence, famine, poverty and lack of education – I think we should count our lucky stars that we were born where we were! It’s hard to pick any one place, or person to help, but I gravitated towards Africa as it is somewhere I can relate to a bit more than other places. No, I have never been there …. but I have met lots of people from various countries in Africa. This has mainly been due to my work with a national charity, which has brought me into contact with many disadvantaged individuals. What always amazed me was their sheer resilience in the face of such hardships. Many were fleeing their countries for fear of persecution, or had left family and children behind in the hope of providing a better life for them in the long-term. I met women who had been gang raped, watched family members beaten and killed and faced things that are unimaginable to many of us. I hope that my small contribution can help Fatoumata overcome some of these obstacles and enable her to make improvements to her life. 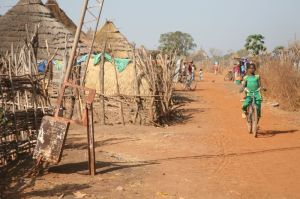 I wanted to sponsor a child of a similar age to my little boy, as it felt more meaningful to me …. and I was keen to sponsor a girl too. I know that both boys and girls face an equally hard life, but in many ways I feel that girls in Africa have even more to contend with , living in an often patriarchal society. Fatoumata is a perfect match for my family. She is 4 years old, with one brother, and lives in southern Senegal in West Africa. She also has a beautiful, infectious smile which lights me up inside. She lives in a rural village, in an area where over half of the population live below the poverty line. It’s a country affected by scarce resources, regular food shortages and diseases such as malaria and diarrhoeal infections, which claim the lives of many children. Every sixth child in Senegal dies before its fifth birthday, while every fourth is malnourished. Over half of the population lives on less than £1 per day and less than 20% of children study beyond primary level. Cultural traditions such as female genital mutilation and child marriage are still common practice. It’s a sad and upsetting start in life, so if I can help even a little bit, why shouldn’t I?

I am looking forward to finding out lots about Fatoumata over the coming years. Next up …. I need to write to her and introduce our family. 🙂

5 thoughts on “Fatoumata … welcome to the family”

Exploring the self on a journey through Asia

This blog is about the journey to accomplishing running 100 marathons

...because the world is full of it.

Life in all of it's glory.

Humor at the Speed of Life

A Spy's Guide to Understanding & Influencing Others

Adventures of a feline afloat!

From Buffalo to the Bible Belt.

Not bad for a fat girl

My life in a snapshot

Part Time Writer of Science Fiction and Fantasy. Hopefully a blog for Stories, both Long and Short